The Band is pleased to announce the soloists for our forthcoming Celebration Concert at the  Guards Chapel on 3 February for Bandmaster James Williams MBE.  We are delighted that Helen Parker (vocal), Keith Hutchinson (cornet) and Bernard Snell (pianoforte) are joining us for the evening.

Bernard Snell is a former Deputy Bandmaster and principal cornet from the Tottenham Citadel era of the band’s history.  He featured as pianoforte soloist on many programmes with the band and is now Corps Pianist at the Boscombe SA Corps.  Bernard was also principal cornet with the International Staff Band. 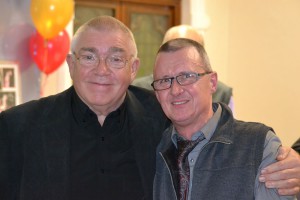 Keith Hutchinson, seen left with former cornet section colleague Richard Martin, needs no introduction as former principal cornet and Deputy Bandmaster of the Enfield Citadel Band.  We are delighted he has agreed to honour James Williams MBE’s memory by performing as a soloist with us once again.

Helen Parker is a professional soprano soloist who features regularly as soloist in Opera, Concerts and Recitals on an international basis. 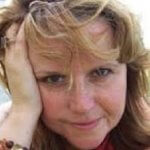 Helen grew up in the Enfield Citadel Corps and was used on many occasions as vocal soloist in band programmes.

We are delighted all 3 are performing on this evening.  If you have not already do so, please visit the ECB Store to reserve your place as soon as possible to avoid any disappointment.