A copy of the programme is available to download here.

The band were pleased to welcome many former bandsmen to the festival including Kevin Dallas who emigrated to Australia following the band’s tour to that country in 1980. We were also pleased to see Andrew Wainwright whose compositions have featured in the last two Pre Contest Festivals and who has recently been appointed editor of the British Bandsman. 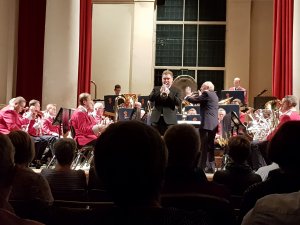 in a number of his works. 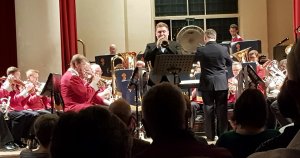 One of these, the Fantasia for Cornet and Band was the first item presented by James Fountain. James switched to Trumpet in the 2nd half of the corncert to feature “People” (from Funny Girl) and I Surrender All (Andrew Mackereth).

The band continue to enjoy working with Bandmaster Don Jenkins and all he does for the band. 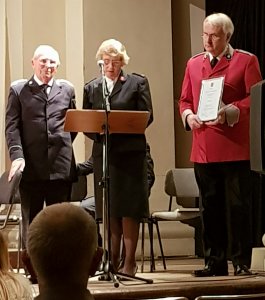 It was with great pleasure and a complete surprise to Don, that the service he has given to many bands and songsters brigades over many years was recognised by the Music Ministries Unit with a presentation of a Certificate of Exceptional Service by our Corps Office Major Alison Gaudion.

Much of the music in the 2nd half was by Major Martin Cordner and he introduced and led the band in those items before handing the baton back to Don Jenkins for the concluding Red Shield march without which no concert by the band would be complete. 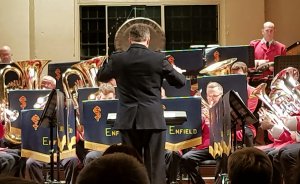