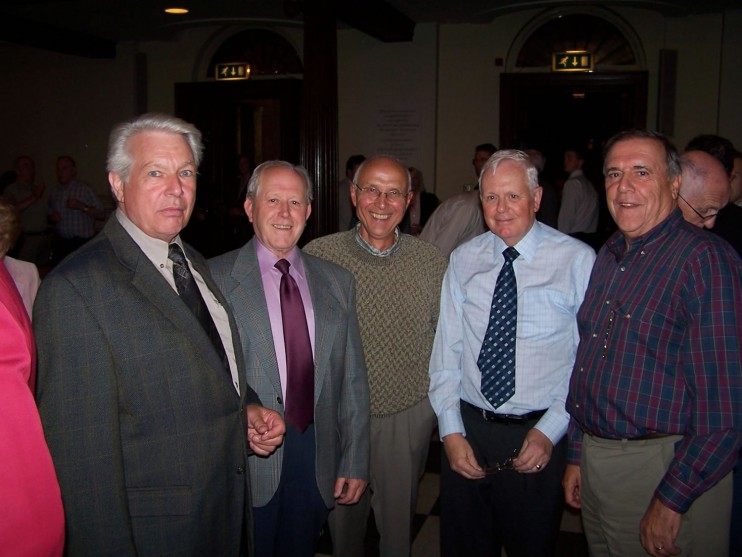 The band were saddened to learn that retired Bandsman Norman Parker (above 2nd left) passed away earlier today.

Norman was a long serving bandsman transferring to Tottenham from Marylebone before the move to Enfield, where he was No1 on the corps roll. He was a valued member of the cornet section and the bands vocal soloist. During his service with the band he took part in many events in the UK and overseas, including a service in WestminsterAbbey to commemorate Commonwealth Day with Prince Charles. His son Michael, who is now in New Zealand, joined him in the band on the cornet section and his daughter Helen, often appeared on band programmes as a guest vocal soloist.

During his time at Tottenham he also served as the Singing Company Leader.

Our thoughts and prayers are with his wife June and all of the family.