The band are delighted to be able to announce a new CD recording in aid of the Clarence Adoo Trust. The band will be under the guest direction of John Ward to record a celebration of Eric Ball’s music. 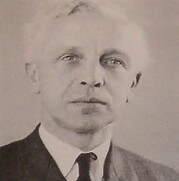 This will be the fifth in a series of the recordings acknowledging Clarence Adoo’s Salvation Army background by exploring the work of its composers and arrangers.

A feature of past recordings has been the appearance of guest soloists, including Owen Farr, David Childs, Kevin Ashman, Richard Martin, Steve Stewart and Davur Magnussen.  This project is no exception and principal cornet of Carlton Main Frickley Colliery Band and Yamaha artist, Kirsty Abbotts will perform the much-loved Clear Skies.

This is not the first time Kirsty has been part of efforts to support Clarence: she was the first leader of the Clarence Adoo Ensemble in 2008, a group of first class brass musicians drawn together for the annual Northern Highlights concert in Castleford and has led the group three times since.

John Ward explained: “There are so many challenges to anyone looking to market and sell CDs nowadays but there remains an big appetite to hear this great music and in doing so supporting such an inspirational person. The repertoire will lean towards the less familiar or rarely recorded works of Eric Ball alongside a few well-loved favourites. It’s great to have Kirsty on board again, she’s unquestionably one of the very best cornet players around.”

Deputy Bandmaster Andrew Justice added: “The band is delighted to be involved in this series of recordings and to raise funds for Clarence Adoo, a personal friend of the band for whom we have helped raise funds for in the past. We are also pleased to feature the music of the iconic Eric Ball. We look forward to the leadership of John Ward for this recording, whose commitment to supporting Clarence in this way is an inspiration.”

Clarence Adoo commented: “I am very excited about the possibility of another recording to support the Clarence Adoo Trust. This again will be very special recording knowing the composers music, the musicians involved and the recording team.”

The recording will take place on 14/15 July for a scheduled release in the Autumn.