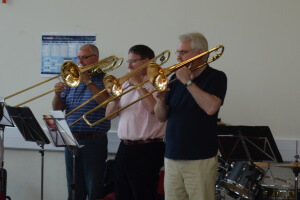 Following our concert at Woodford, the next day saw the band actively involved in corps based community outreach activities on Sunday 12 June 2016, which also coincided with the Queens 90th birthday celebrations. 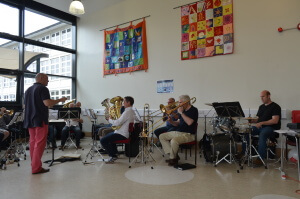 The inclement weather meant that the days activities were held inside Enfield Chace Community School dining area rather than on their school field as originally planned.  We are grateful to the school for their willingness to let us use their facilities.

A key element of the day was to show that the corps was open and accessible to all.  In support of this objective, the CO asked that all soldiers did not wear uniform on that day. 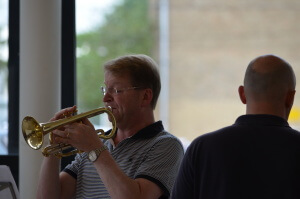 which featured a wide range of the band’s repertoire including a March (South Coast), Solo’s (Piu Jesu and Blessed Assurance), music from the movies (Soul Bossa Nova and I will follow him) and a Gigue: Alleluia: Amen! 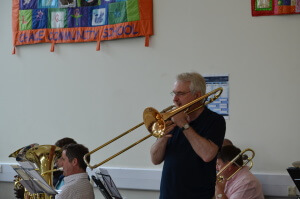 The band is grateful to former bandsman Stuart Garman for these photo’s of the day’s activities. 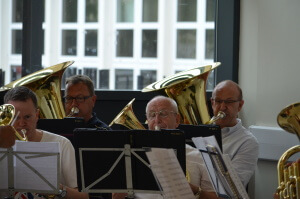