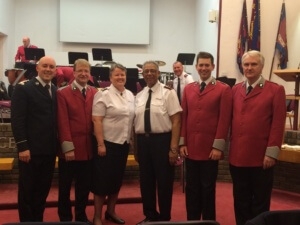 Croydon Citadel as part of their 98th Band weekend. 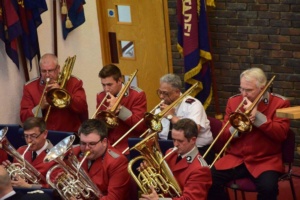 Commissioner Clive Adams with the band during the march Croydon Citadel.

The Commissioner, who is a keen Trombone player, made a guest appearance during the 2nd half of the programme.

For those unable to join us, a copy of the programme is available to download here. 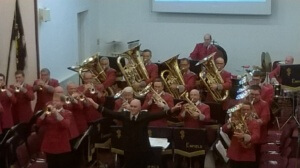 The programme featured classic SA items, the bands principal soloists, music from our lighter outreach repertoire and as ever concluding with the Red Shield.

It was good to see former bandsman Andre Price at the concert.