The family and the band have been deeply moved and humbled at the tributes that have been received from a wide and diverse range of people following the Promotion to Glory of Bandmaster James Williams on Friday. 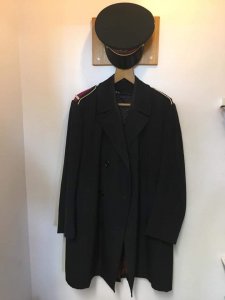 The funeral service is to be held in the Salvation Army hall in Churchbury Lane, Enfield at 2:00pm on Wednesday 5 July.

Many of the messages and tributes have come in the form Facebook posts or by email. In order that you can all see them we will be bringing them together on a special tribute page very shortly.

The band have been pleased to go and play to Bandmaster James Williams on a number of occasions in recent months. We have learnt that at the time of his peaceful passing, not only was he surrounded by his family and close friends, he was was listening to a recording of his band playing Ray Steadman-Allen’s epic work At the Edge of Time. 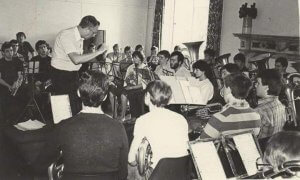 Whilst the band has lost an inspirational leader in an earthly sense, we are confident that he is now resting in peace with his Lord. There are many both within and outwith the band who have come under his influence throughout the years. All of us would agree that we have gained much from knowing him and our lives the richer for it.

The influence of Bandmaster James Williams on Tottenham and now Enfield Citadel Band will live on through the guidance, instruction and encouragement to play for the Glory of God. 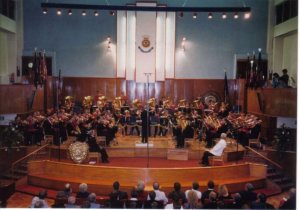 Whilst much has focused on his leadership as a Bandmaster,  the band also benefitted for many years from his service as Deputy Bandmaster and as principal cornet. 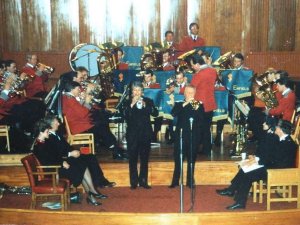 Even when he had become established as Bandmaster, he was still very much in demand as a cornet soloist throughout the world.