Andrew Hicks has left the band, having moved to the Bristol area. We wish him well for the future. 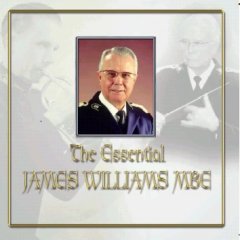 A CD of music chosen by Bandmaster James Williams MBE to represent his 60 years’ association with the Tottenham and Enfield Citadel Bands, featuring tracks from every decade since the 1950s, plus two newly recorded tracks. See the Recordings page for further details. 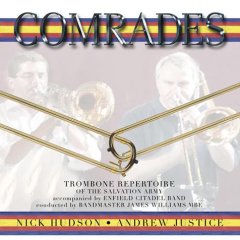 We are pleased to welcome Andrew Blyth and Jonathan Cooke into the band – Andrew on cornet and Jonathan on Eb bass. Garry Ambrose has left the band after more than 30 years loyal service.

The band has a new email address: mail@enfieldband.org.uk

A Picture Gallery with photographs of the band’s recent recording sessions and other photos from the recent and distant past added to the website.

Enfield Citadel Band is pleased to launch its new-look website with updated information on events, recordings, members and history.

We are pleased to welcome Graham Whitehead and David Buckle into the band. Graham has joined from Hadleigh Temple and has taken a seat on the solo cornet section. David, father of soprano player Tim, has transferred from Chelmsford to play 2nd cornet.

Congratulations to Lloyd and Kate Hardwick on the birth of their daughter Alice. Mother, father and baby are doing well.

A special dinner was held at Forty Hall, Enfield on 7th February to celebrate the 80th birthday of Bandmaster James Williams as well as 60 years’ association with the Tottenham and Enfield Citadel Bands. As well as members of Bandmaster Williams’ family and members of the band, a number of special guests were present including Ron Waiksnorris and Ivor Bosanko from the USA, and former band members including Keith Hutchinson, Bernard Snell and Michael Wright.